In life there is no such thing as being perfect or even close to it.

But when it comes to a sport or a hobby that you have dedicated your life to and worked at, here is a chance you can be perfect. If you don’t believe me, ask Floyd Mayweather Jr.

On May 2, 2015 Floyd solidified his spot as not only one of the greatest boxers ever but one of the best athletes ever. The win verses Manny Pacquiao was for more than just the hundreds of millions of dollars he walked off with. 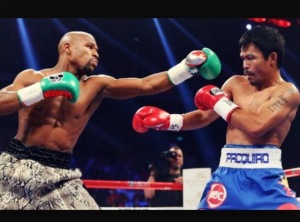 It was about showing people he is unbeatable in this era.

In an interview with ESPN’s Stephen A. Smith, Floyd stated that he is better than Muhammad Ali. But he does respect Ali for paving the way for him. Floyd mentioned that he could never say someone was better than him in a sport that he dedicated his life to.

Many boxing critics would say that Floyd has handpicked his fights and did not fight the best boxers of the era. A name that’s always thrown around is Oscar De La Hoya (in his prime.) 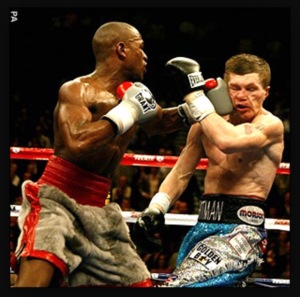 Floyd is conscious of the fact that many boxers, nosy notable; Mike Tyson and Evander Holyfield went broke after earning millions for fighting. So he takes pride in making sure the price is right before confirming a match.

Belts only collect dust at the end of the day, so Floyd is making sure that he has enough money so his kids never have to worry about a thing.

The fight verses Pacquio was in the talks for years but never happened. Manny was the last hope to beat Floyd and I have no idea why. Every big fight that Manny had, Floyd fought the same person and beat them before Manny did.

The sad thing is that people wanted Floyd to lose more than they wanted to see Manny win. The MGM Grand is supposed to be Floyd’s home ring, but it seemed as though he was fighting in a different country. Fans cheered for the opposing fighter every time they thought he landed a punch. I just don’t understand it.

No human is perfect, we all have are ups and are downs. Floyd has had his run in with the law and he has did his time in prison. But inside the boxing ring he has been the example of perfection and the example or hard work. 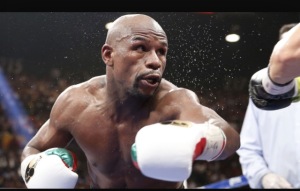